Countdown to ENDGAME | Guardians of the Galaxy

GUARDIANS OF THE GALAXY 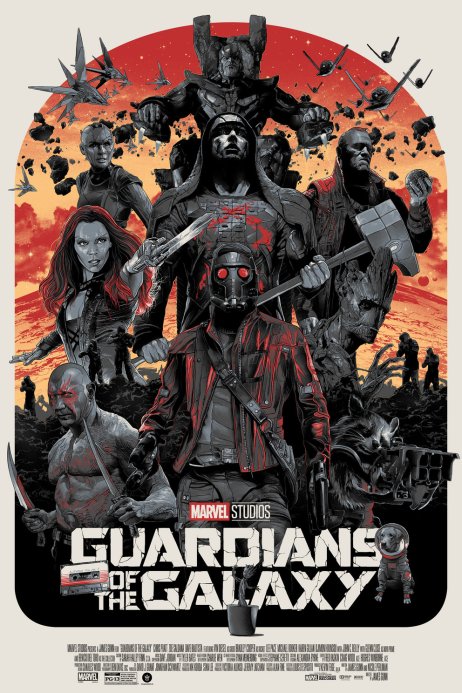 Guardians of the Galaxy was a CRAZY risk for Marvel Studios. Not only were the characters that make up the “team” C Listers, they had little to no name recognition, they did not have a place in the cultural lexicon and they had not been set up or name dropped in any other Marvel movie. If this one worked, look out. Marvel would rule the cinematic world.

This just in: Marvel rules the cinematic world.

Oddly, of the 18 movies in this countdown, I think (after – WAY after – last week’s Thor: The Dark World) I was looking forward to re-watching Guardians the least because I have seen it so very many times. That is a measure of how much I love it, of course, but I wondered what surprises it would still hold or if it would keep my interest.

I need not have worried.

This thing holds up, holds interest and holds a audience captive with its humor, action and audacity.

What a terrific movie.

When I reviewed Guardians of the Galaxy when it was released, I gave it FIVE DANCING GROOTS out of a possible FIVE because that is as high as the scale goes, friends.